Harry Dent is an accomplished author and publisher in the financial and economic news. In an earlier version of this post, we cited a thought-provoking June 2017 interview with Mr. Dent and the compelling methodology he applies to his prognostications. His thoughts were rooted partly in seemingly solid macro-demographic trends with a splash of intense, eccentric geo-political opinion as the basis for his suppositions that the sky is about to fall. Recently, Dent revised his 2017 predictions on predicting if the U.S. economy is facing a recession (apparently not yet). Neither myself nor my firm endorse Dent’s opinions or predictions in any way. But not unlike in a previous life, I openly admit, I intend to transparently leverage Dent’s outlook to prove a point.

In the year 2000, the top cat at the monolithic Wall Street Wirehouse with whom I had just begun my financial advisory career gave all of us a copy of Harry Dent’s, The Roaring 2000’s, along with an invigorated speech about how Dent’s philosophies would play an important role in our sales efforts in the new millennia to kick off our annual holiday party.

It felt surreal to be amongst all these important-looking people eating shrimp and lobster. It was there that I heard one of the firm’s top-producers wisecrack, “I’ve never been wrong…but my timing has been a little off.” So, it would go, the timing of my entrée into the Wall Street world was also a little off. As painful as the Technology Bubble was to endure, even more unnervingly, I later realized that I was a pawn in a bigger ruse to transfer Main Street wealth to Wall Street. I learned the most valuable lesson of my career from that most inauspicious beginning. Timing markets is impossible.  Believing you can outsmart the market and always be on the right side of the trade is a fool’s game.

Harry Dent’s bearish and bullish economic outlooks and the myriad opinions of other market pundits and analysts affect investor sentiment and move markets. The larger point here is that volatility and uncertainty are a part of investing that will ebb and flow but never go away. When and what will happen in the future cannot be accurately predicted.

The basic tenets of financial risk management that will always be true are that a diversified asset allocation is an investor’s best defense against the uncontrollable forces, organic or engineered, that affect investors.

Whether Mr. Dent is right or wrong, timely or not, non-correlated assets that shield investors from the potentiality of a doomsday scenario like Harry described in 2017 should be part of every investor’s risk-mitigation strategy. With markets soaring to all-time highs, changing interest rates and an unstable geo-political landscape, a fundamental shift in the way Advisors and financial planners address clients’ safety concerns has necessitated the development of new and innovative thought processes.

Life settlements derive their value from the contractual obligations of well-healed, US Legal Reserve Life Insurance companies and avoid many of the risks associated with market-based investments. Whether Harry gets it right or not (again), whether you’re the benefactor of good timing or not, Senior Life Settlements represent a permanent and predictable stock market alternative to help protect against the dangerous possibility that he might be wrong this time. Just like he was in 2017.

For more information about how you can now access this exciting alternative asset class, contact Jason Bokina at Capstone Alternative Strategies at 404-504-7006 or email him at contact@capaltstrategies.com to learn more. 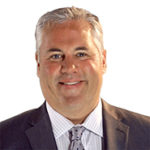 Michael Bradburn started his career as President and General Manager of a small automotive sales conglomerate, where he oversaw and managed several domestic and Asian manufactured retail dealerships. After selling the dealerships, Michael then worked with Prudential Preferred Financial Services in life insurance and annuity sales. He later advanced his career in private wealth management at Morgan Stanley-Dean Whitter and subsequently Merrill Lynch. Following that, Michael served as Chief Financial Officer of a metals manufacturing and distribution startup, where he was instrumental in securing patents and developing a completely virtual, vertically integrated, manufacturing and distribution technology serving the global powder metallurgy industry. At Capstone Alternative Strategies, he oversees marketing and advisor development. Michael attended Indiana University, where he became a member of the Sigma Chi fraternity and later earned his BS from Ball State University.